| Not As Good As Before

Flooding has taken its toll on the park. Many areas closed. Park could use some TLC in the open areas. Staff very friendly. Good over the air TV reception and good Verizon coverage.

We spent 2 nights here. Some area are still closed. But we were still enjoy. Close to the shopping center. It's easy for grocery shopping as well.

Being an urban state park you would think they would fix the water damaged sites and open the beach and marina. They still are collecting full price. The ant problem is out of control. Bring a potent pesticide to control the ants on your site.

Stayed there for a convention in Dallas. In the city yet makes you feel out in the country. Mostly smaller spots but room for larger rigs as well. Lots of staff and not sure what most of them do all day except drive around in government to vehicles. If I were in charge I could find plenty of tasks for them to tackle. This all said, not bad and will satyr there again if need arises.

Very nice place to stay and convenient to the Dallas/Ft Worth area. Will definitely stay here again when in the area.

This park has a lot of potential and great views, but most of the park is closed due to flooding. It was nice to have close access to Walmart etc. We had a nice shady spot, but not all of them had trees. The restroom was not too bad, but it was very hot and there wasn't any hand soap. There were also a lot of extra fees added on to the stay.

This park is large and has 355 campgrounds, on a large lake, several playgrounds, boat launches, a historic farm you can tour (free), a swimming beach, marina, hiking trails, and an off-road bike trail. Campsites are shady and spaced apart. Full hookups, including sewer at some. Concrete pads. It seems remote but only about 2-3 miles from a Wal-Mart and about 8 miles from the south side of Dallas. What's not to like about it? I gave it 4 stars because, though it's in a hilly, treed area it is not in a gorgeous, remote area.

Not worth it "right now". The whole park is closed except where we're camping. No swimming, hiking, biking, etc. All the fun stuff is closed. Wasn't told until we pulled in. Still paying full price. Feel like I got ripped off. Looks like it would be a fun place if it was all open. Call ahead and ask prior to making your reservation.

If your rig us over 25 feet long, ask for one of the sites that also have sewer, otherwise you will have a hard time finding anything long enough to fit in. My trailer it 20 feet, and I barely fit in my site. Weird layout too, short and wide with side by side parking. Park is old and rundown. Dirty and old restrooms. Only reason I gave it three stars is the location. If you want to see anybody in the Dallas / Fort Worth area this is the place to park your RV!

Unfriendly Park Rangers and terrible ant problem. Right off the highway so you can hear the cars driving by.

When camping would campers start posting picture of campground map so fellow campers can see area. Thank you! Fellow camper

But then it was 45 degrees outside. Even at that the ranger said we should spray around our tires. Th sites we saw we're all pretty small but we are to y too so not a problem for us. Verizon coverage was ok 2-3 bars and the showers we're hot. Sites we're kind of level... But there was a lot of shade a d privacy between sites. There has been much water damage making the roads very poor, and parts of the park we're closed. Assuming that is all fixable it would be a great place to escape the city. We we're there for 4 nights taking the train into Dallas (just ten miles away) to see the sites. Location is everything you know...

I knew we were going to be late. I called cause we had reservations to get gate code at 4:30 they said they close at 10 call around 9. I called again around 9 no answer just kept ringing, had to get ext for front office to get a hold of someone. Also...We don t have a tow vehicle so we called an Uber as we always do at state parks, they were rude and made them pay just to pick us up. No other state park does.

Best to avoid this place, I use to enjoy it, but after a flooding years back they never repaired anything, Slots are short and very poor pads, and very bad insect problems. If camping at Joe Poole is something you want then camp at Loyd Park, super clean & maintained, you just can't compare the two, ones a dump and the other 5* 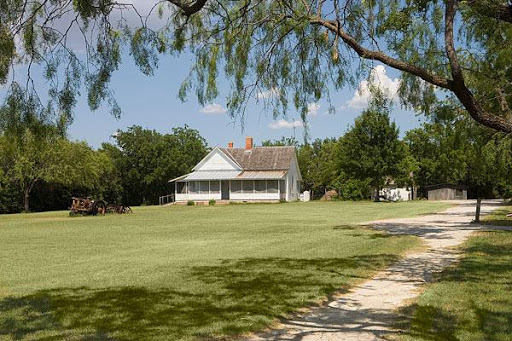