| Great place to stay by the beach!

Very nice park, fantastic, very helpful and friendly owners. Nice spaces with hedges between the sites for privacy. While you can't see the beach from the park you can certainly hear the ocean.... VERY RELAXING! Close enough to town you can run in to resupply if needed. Quiet park, there are long term residents but we never ran into any of them. Very clean facilities as well. We had clean 50 amp power, Cable TV and we were able to get very clean over the air HDTV. We will definitely be back!

| Great park near the beach

We spent one night in this park on our way through town. As far as RV parks go, this is a gem. There are tall hedges between each site and even sitting up higher you have privacy. The owners were great, squeezing us in on very short notice. One of the nicest RV parks we've stayed at!

Promised a satellite friendly spot, turns out they only have 3 spots and they were already taken. New owners still learning about the park. Basic back in site is $40 a night. Small campground, with plenty of privacy. Quiet, basically for 55+ not much for children to do here.

Off the beaten path near the beach. Nice spaces with hedges between the sites for privacy. Friendly staff.

The one attribute of this park is the proximity to the beach. The facility itself is not top notch in any way. Dusty, dirt sites. The RV dump was right next to our site and when people used the dump station, it would block some of the campers from leaving. Extremely popular since it was full the entire time but for us, we will not go back.

We needed a place to stay for one night and picked this park from RVParky. I called and the woman who answered was very nice and reserved a site for us that suited our needs. The beach is close and the park is very pretty and tidy. I highly recommend it.

Came last year bc we had a good exp with our family. Returned this yr with family and had opposite exp. Now run by two grouchy, power tripping, drinking on the job guys who hate everything and they have a clear power dynamic between them with Ml being the #1. A started off the #Shi*ShowCircus. We called on arrival day to inform them we would be pulling in ~90min after they closed and would like to know our assigned space #. They told us they would have it all on an outside assignment board, no problem we said. They knew we had a group of 4 spaces together for a two week family reunion but made a mistake on trailer slot assignments and the next morning demanded we move immediately. This was despite numerous pre-planning phone calls with A to triple confirm the details (I was not confident in their behavior so I kept calling back to ease my apprehension). All that did was put a target on our back and the passive aggressive harassment began. My wife went to clear it up the next day and noticed M was drunk on the job and called him out for being unprofessional, which only infuriated him. My wife had caught him red handed but instead of being a real man, owning up to it, apologizing and providing excellent customer service, we only stoked the fire in M bitter, unhappy heart. M told us on night #1 at 10:15pm, that our clapping was too loud (no music, no partying...just clapping) and to let our fire die and go into our trailers. Yeah, no. Who thinks they have a right to tell campers when to go to bed when they are peacefully visiting with each other? The next reprimand came when my 5 yo left her balance bike directly behind our trailer on an open field for 10-15 min while we made dinner for our group....apparently this was a flagrant violation needing immediate correction. He then transitioned to chastising the sweetest family ever that had just pulled in next to us about driving their golf cart ~5 mph in the park. They were stunned, the only thing I could say was that it was Ml s M.O. Poor folks just wanted to relax, but he saw fresh meat and he terrorized them. The next popular issue M had was our sweet Vizsla puppy. Hel said our pup could be off leash to exercise, so I adhered to that rule. Exercising him in the vacant, dead grass field behind our trailer often. I was even so diligent about cleaning up his dog poo that I picked up other people s dog poo too. M would always glare at me and reprimand me for my dog being off leash to exercise despite previously telling me otherwise. The biggest laugh came when he raised his insecure, shaky voice at me about the fire pit being in sand and not on rocks. Fire Marshal M said because the sand & dead grass will catch on fire Lol. He had no clue in his drunken stupor that I m a retired Firefighter. Sand is non-combustible and I had a clear 5ft radius fire break of more sand around the pit providing no fuel load for such an issue to ever even occur. I m certain the current cancer to the campgrounds once good reputation will dispute all that i m saying and paint all of us to be the problem (check out his responses to other negative reviews on yelp)...but 7 grown ups and 4 kids all agree it was hostile and unnecessary. The only reason we all stayed was because it was through the 4th of July weekend and reservations were hard to come by. He ultimately thought he was pretty slick and told us to leave 2 days early and he would refund our money for the balance. We left as asked, but upon calling 1 week later for our refund, drunk M berated my wife on the phone and hung up on her. Such stellar customer service, really an exemplary customer service model. The amazing thing about all of this is, upon returning home and back to work and telling my co-workers, one of my co-workers neighbors had an almost identical, bad experience with Ml. Small world, but even so, a turd is a turd no matter who comes across it. Let s wait and see if he chips in with drunken lies, it ll be more proof of the points i m making. Campers beware. Avoid this place like the plague. They just lost a repeating $3,000 every yr because my family and I are never returning here again for our annual reunions. Ps..they charge extra for each guest after 2! WTF is that about?! Rip off city. 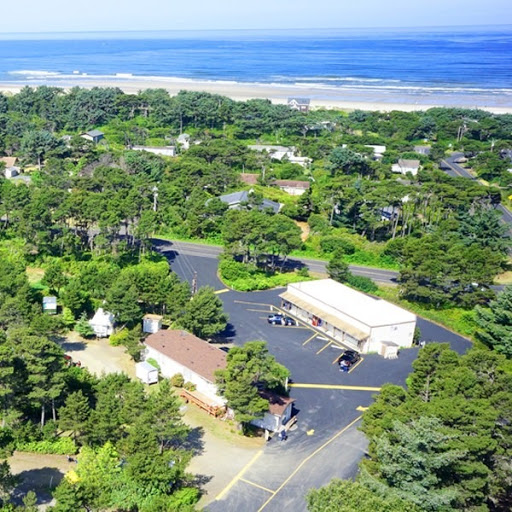