No rates reported for Lawson's Landing

The only problem I had was the wind. The grounds were clean. Staff was nice. Beach was beautiful. Good times.

| Woodstock without the music...

....and lots of kids and dogs. Thats what my husband said unaffectionately as we pulled out after our weekend this weekend. We likely will never return. Its a great area, and if you're willing to climb the dunes to get to the water, its a beautiful view. There is a small area on the back side of the dunes with 2-3 camp sites about half way thru the park...those would be the only sites we'd consider ever coming back to. We ended up with large families with multiple screaming/crying children on either side of us. And adults constantly yelling at their kids, or not yelling at their kids when they should have. The people across from us where smoking pot, which due to the wind kept blowing into our camp. Quiet time came and went and nobody settled down. It was after midnight before the camp got quiet. We even went driving around to other camp grounds searching for a new site to get out of this place, no go-everything was booked. The porta potties were literally destroyed by the campers hours after being cleaned by the sanitation guy. My husband didnt even want to use them to stand to pee, they were so gross (and hes no wimpy boy). Campers were allowing their dogs out to poop in the unoccupied camp sites and not going back to pick it up. Everyone ignores the leash law/camp rules. The staff we met were nice, there's just too much camp for too few people to monitor.

What a dump. Cows wandering and crapping everywhere. Drunken loud people, generators and radios most of the night. Obviously no one to enforce rules only there to collect money. No way no how.

I love it but not for everyone. Never been bothered by loud partiers. I go during the week. My 3 dogs can go everywhere off leash. We love walking the two miles along the beach from lawson landing to dillon beach. I have camped in the pastures but now RV at the seawall. Better experience if you have a motorhome, trailer, or camper. Tents not recommended.

| Will grow on you

I have been camping at Dillons beach for 30 years it is a place that some dislike but many others of us love. Wonderful place to kayak in the bay, see the beauty of Point Reyes across the bay and the elk herds on its hills. It makes for a great place to relax or use as a base to explore the coast. If you want cookie cutter campsites this is not your place.

Between the cow pies and the full port-a-potties the campsites smell funky. Beautiful sand dunes and a nice beach, though.

| One of our favorites.

Spent three days along the sea wall this past week..Nice view of the bay. No hookups of any kind. Water available if needed.2dump stations. Can be very windy, small store on site for ice and fire wood.. Most of the old rundown trailers are gone. Talked the the owners. Big changes in the works. Full hookups and a new restaurant/ Oyster Bar coming. Raccoons are out in full swing at night. Beware..

| Should have listened to the reviews

First of all great beach, but the rest is not good. None of the rules they notified us about were enforced. It's like parking your trailer in a gravel parking lot. We paid for 3 nights and only stayed 1.

My family and I have been camping here since the 70's. If you love nature the water and the beach this is the place to be. It is not a sterile15x20'asphalt patch which may be expected by some.

Havent been since changes to campsites changed. Used to circle the wagons with campfire in middle. Fun. Then the crazies started throwing bullets into bonfires, dogs ran freely into everyone's area, gunshots at night, rule enforcement zilch. Had a fight with a Lawson. Got pissed off that we reported neighbors firing guns. Toilets total filth. Got money back and left for the last time. When it was good it was good. When it got bad...adios. they on collect the cash.

It s dry camping but you are on the coast. A few of the youngsters party and get loud but it s camping. Nice walks through the dunes to the beach (stay on the designated path as the dunes are protected and should be). Tomales Bay has halibut and a striper run. Boat rentals available 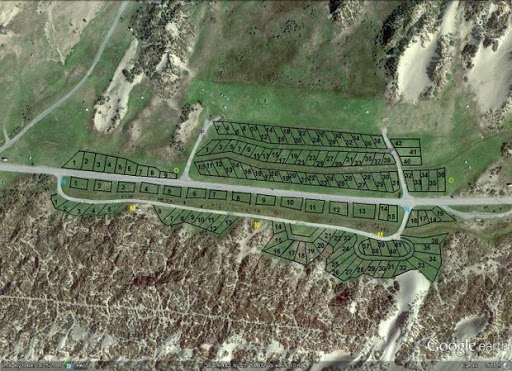