New owner performing lots of upgrades. There is some road noise from Hwy 101. Pool and hot tub, nice dog park, clean facilities. Showers and changing areas are cramped, but they work and are clean.

Spent a week in our motor home. Very friendly and helpful staff. Looks like new owners are updating the facility, so it is a work in progress. Grounds were clean and well maintained. It is an older park and shows some signs of a hard life. I think it was pretty much sold out for many of the nights we were there so it is very busy. Good central location to explore the Olympic Peninsula. We had a newer pull-through site that was level, long, and wide. The lady at the desk apologized for the lack of landscaping, but since we didn't spend that much time there it was problem. I would stay there again if I ever get back to that part of the country.

Good staff and friendly. However, grass has not been cut for a week and fire pits had grass in them growing...OK for a stop over if you need to. Highway noise. Level lots. Good wifi and cable. Looks like the RV park has not been kept up. For $12 I can take a shower at a truck stop and have the same noise...Did not check the swimming pool.

Very disappointing. Checked in with the friendly reservation people, and was promptly escorted to a gravel pit, and not even a level one, I needed leveling pads. There isn't a lick of landscaping, and there is no respite from the neighbors on either side. There is a concrete picnic table, and a small fire ring, but who has a picnic or a campfire in a gravel pit? This is 2017 and the Wi-Fi connection flickers like a ghost on my connection list, no way to hook up to it, inexcusable! Well at least there's the soothing sounds of big rigs rolling down the 101 just a few feet from my campsite. When we went out to dinner, we stared, longingly, at the lucky people parked at the local Walmart. There appears to be a greener section of the park, but that's just a rumor my wife was floating.

We used this facility to conduct a check ride on our new pickup and 5th wheel camper. Granted, there was a lot of vehicular traffic nearby, but KOA has no control over this. Staff was great and the location was great. We accomplished our goal for checking out both vehicles for problems. Since we are new to this, my expectations are, a place to park my trailer, water and sewage along with power. A place where if I need something, there is a store nearby. If you are looking for a super lush green area, come back in the spring when it is raining all the time. Here in Washington, the dry season is between July to October.

This is our third time staying here and each year there have been improvements made by the new owners. Sites are larger than average campground and landscaping is growing in nicely. The owners and staff were friendly, helpful and accommodating to our changing schedule. The pool and jacuzzi are nice and there were lots of activities for families, though we don't have any children with us. We enjoyed the hay ride and the ice cream socials. :) Good prices in the store and an extensive DVD library was nice too. 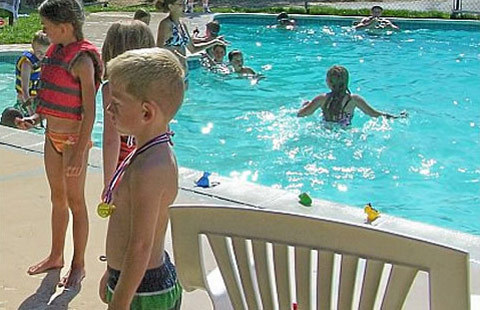 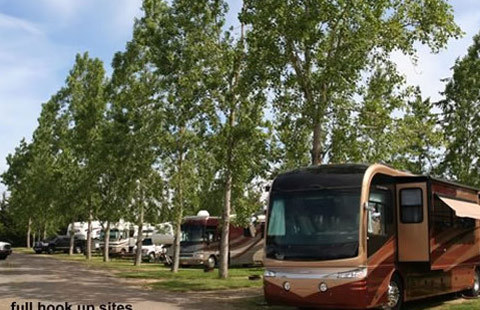 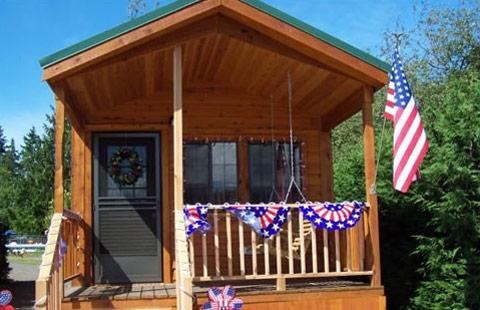 The Olympic peninsula and Olympic National Park are among the most spectacular destinations in Washington, and Port Angeles/Sequim KOA is the perfect vantage from which to enjoy them. Explore forests, glaciers, hot springs, lakes, waterfalls and the Olympic Mountain Range-whose majestic peaks are visible from every part of the Port Angeles / Sequim KOA. The quaint town of Sequim is a must see with the vast Lavender Farms that have put this town on the map as the Lavender Capital of the Country Or maybe you dare to Venture into Vampire Territory, the place where it all took place in the Twilight Saga Novels by Stephanie Meyers.