We arrived on a Thursday and there was probably 10-15 sites filled up. There is plenty of space between sites, but I do like my water and electric on the same side. Not a huge deal, just a preference. Our site took a bit to get our trailer level, but several of the sites I would not want to deal with. Keep in mind I am a newbie, but I'm not ready for that challenge. If u love fishing and boating this is a very nice place. It also looks like there is a very nice gold course right next to the park.

We live in Pickwick, Tn so I felt it my duty to let others know about our little slice of Heaven. It's a small community, not even a stop light, but lots of character. It lies on the TN river/Pickwick Lake. Here we have the Pickwick Landing State Park and Golf Course (lakeside) complete with the new state park inn that has a restaurant overlooking the lake, a pool, conference rooms, and gift shop. Also in the park are 2 places to put in your boat, a Marina, campground, 2 public beaches, tennis/basketball courts, playground & walking/bike trails. Below the TVA dam (riverside) is two more campgrounds, one has a bath house and this is another place to put in your boat if you'd rather fish in the river. Catfish, bass, and crappie are easily caught here and there's all sorts of places to rent boats and water sports galore! There's a dollar store and grocery stores all within 5mi. or less and lots of nice restaurants and small shaved ice stands as well. If you do need to run to Walmart, it's about 20 min. away in Savannah. Each year we host the National Catfish Derby, Daryl Worleys TN River Run & Concert, a 4th of July fireworks show, Pickwicks "Reside & Ride" fest and "Christmas in the Park" festivities. If you're a history buff, then you should also check out Shiloh National Military Park while in town. It was the site of some of the bloodiest battles in the Civil War. The park encompasses thousands of acres. There is a welcome center, museum, theater, gift shop, National Cemetery, and countless miles of road in which you can drive, walk or bike your way thought the many sites which take you back in time. Visit 'The Bloody Pond,' 'Shiloh Church,' 'The Hornets Nest,' 'The Indian Mounds,' and hundreds of other stops that wind through the park. People visit Shiloh from all over the world and our area hosts the.annual reenactment each year which is not to be missed! So whether you're here to swim, fish, eat, golf or take a visit back in time.... All that is here and much more! Nearby Savannah,Tn and Corinth,MS have their own attractions as we'll, so there's lots to do and see all wrapped up in a country setting.

Nice campground, except for the camp sites. If you're bringing a camper, or TV, bring you jacks or leveling blocks. Most of the sites are paved, but slanted in every direction. Nice wooded area to camp but not connected to the lake.

My sister and I stayed at Pickwick Landing State Park for six nights. As stated in other reviews, the campsites are not level and you will definitely need to adjust. However, it is like camping in a beautiful wilderness! Tall tall trees, hills, birds and squirrels all make for a great place to be. It also has some nice hiking trails. The showers are really nice. I hope to return to this great park that feels very remote but is t really! 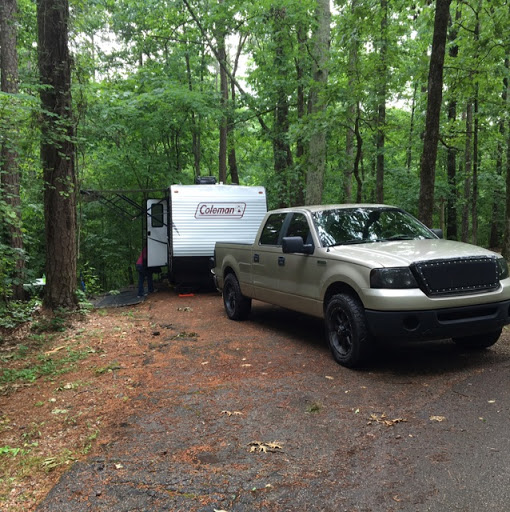