We stayed here so we could ride the jet boats in Gold Beach. The sites we had were nice. We didn't really use much of the rest of the facilities. The bathrooms were clean as well as the grounds. We would stay there again.

This place has raised its rates by a lot. Which if one thing but the place has also gone downhill. The owners are not near as service oriented as in past years.

Turtle Rock is in a beautiful location, & the park is well-cared for. Most of the spaces are close together, but you'll probably be spending most of your time at the beach, which is a short walk away. Gold Beach is a small town with 2,000 friendly folks, 2 well-stocked grocery stores, a post office, beautiful library, premiere bookstore/coffee shop, gift shops galore, & lots of hiking trails in the area.

There is no pool or hot tub and the view isn't so great. The best feature is that you can walk under the bridge to the beach. The beach is extremely windy though. Don't think you can bring a picnic or sit and watch the sunset. For $68 we were disappointed.

I knew when reserving a site here that I needed to balance several things. Sites in the outside loop on the east side are against a hill and the fire marshal doesn't allow fire pits there. The more shady sites and closer to the beach trail are also closer to Hwy101 and the traffic noise. I chose the first option knowing I couldn't have a fire. I found though that I also didn't have a picnic table and that the site was quite unlevel. I talked with the many employees driving their golf carts around and they told me they didn't have enough picnic tables for every site so they took one from a site where someone hadn't checked in yet. Wifi is bad. Can't keep a connection and bandwidth is super low. This is somewhat expected in small rural towns. In a positive note, AT&T has good coverage.

| We liked it alot

East walk to beach. Nice sites and very nice manager Nancy. She's excellent. Thought the bathrooms could've been cleaner and got water spotty but it's camping after all so we tend to cut some slack. We used our Passport America membership and got an awesome rate (another reason not to complain). We'd stay again. This area offers some of the most dramatic and beautiful coastline views in OR along with awesome coastal trail. We were in 33 foot motor home.

The place was OK. just cold and windy. You can go a little bit up the rogue River and get warmer spot

So far our experience has been disappointing. Wifi signal is crappy. The showers and restrooms dirty. For the price I expect the wifi to work and the facilities to be clean .

Grassy sites with a picnic table and fire ring. FHUs with basic cable and good WiFi. Didn’t use the facilities so can’t speak to that. There are new owners and they are making a lot of upgrades and improvements. One the Rogue River where it meets the ocean. Great walks on the beach. Stayed the allowed 2 days at the Passport America rate.

| Resort? No, this is a camground

Our experience in this park was not a pleasant one. The advertisement and online photos would lead you to believe this is a resort. It is not. It is nothing more than a campground. In defense of the park, I will admit that we where unfortunate at bedside and bad neighbor. Either one of those can ruin a camping trip, we had both. The poor site was because of the site location. We were at the front of the park and experienced very heavy traffic entering and exiting the park. This caused heavy dust and noise. The neighbor was Loud and long hours. I kept a fire 24 hours. The fire ring was only 10 feet from our bedroom window, keeping our rig full of smoke. (We actually doused their fire at 3:30 AM after they had gone to bed). I would try their park again But only in the off-season hoping for less crowds and better rates. This campground isn t worth their peak season rates.

First of all this park is now $48 to $60 night... as pricey as any on the Oregon coast. And it's not much for that. Old and worn, but it's functional and a short walk to a windy beach. Got up at 8 am to take a shower and all three shower stalls had COLD water. On leaving I stopped to tell management and ask for something of a discount for the inconvenience. They absolutely refused. Won't be back to this place

The park is ok, but not great. It is close to the beach and close to lots of things to do and see. The site we were in was really not suited for our 35 fifth wheel as it had a big tree in it and wasn t level. We picked it online based on location but I d look further next time.

Could be better. Older park but we were right on the lake with steps right into the lake. Dog loved it. Would stay there again.all amenaties. 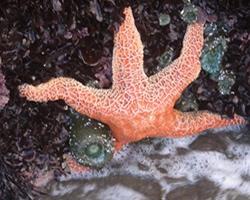